At the heart of the Giens Peninsula, in the Var department, the Belambra Riviera Beach is a family holiday resort with 151 apartments on 15 hectares surrounded by green spaces. Located on the water’s edge, it has various outdoor activity areas (kids club, swimming pools, terraces, tennis courts, private beach…). 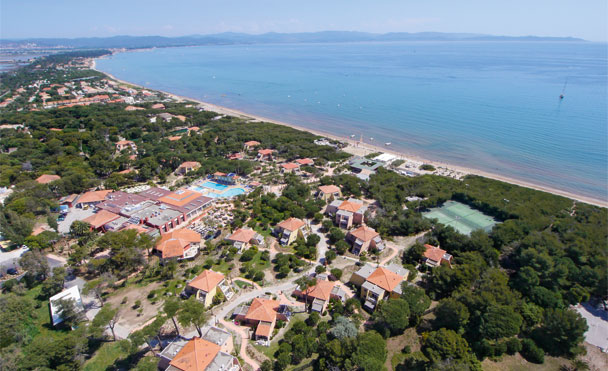 A large number of mosquitoes attack families of holidaymakers in droves, both during the day and evening. Some activities and entertainment have had to be cancelled due to the inconvenience caused by the insect. Some clients have complained about the pest.

Out of concern for the comfort of its clients, the Riviera Beach Club management contacted Qista to get involved in a fight against mosquitoes suitable for large spaces and safe for the holidaymakers and natural resources.

During the preliminary study, the Qista team noted that the club is surrounded by large green spaces and discovered theexistence of terrains conducive to mosquito breeding. In particular, the presence of stagnant waters near the club (ponds, irrigation canals…) which cause overdevelopment of the mosquito population. The number of attacks is particularly high near the terrace bar area of the resort.

Qista carried out an implementation study and according to the club's topology it proposed the installation of an mosquito repellent barrier made up of 4 traps around the terrace bar area, according to the following diagram.

In June 2018, the large scale mosquito traps were installed and made operational. 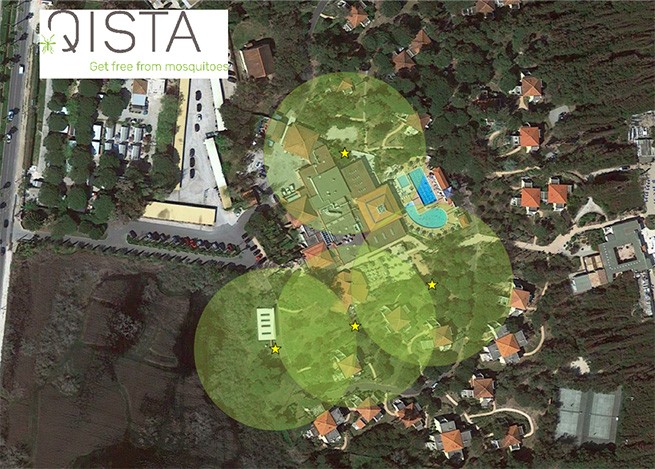 Efficiency monitoring was carried out during the first month following installation and the findings were more than positive:

As with any substantive solution, the efficiency of the mosquito traps installed at the Belambra Riviera Beach Club will continue to increase over weeks reaching up to 88% less mosquitoes.