Mosquitoes are found all over the world and every human being is a potential target for them. Adults, children, the elderly... mosquitoes are indiscriminate and their bites, which are initially harmless, can become deadly.

Information published on Bill Gates’ blog lists the numbers of people killed by animals in 2015, classified by animal.

It is not surprising that mosquitoes came top of the list with 830,000 deaths.

In comparison, that same year, sharks only killed 6 people, scorpions 3,500 and snakes 60,000. In second place came humans themselves, causing the death of 580,000 other humans.

In 2018, the author published a new article with a very catchy title to warn about the dangers of the insect:

Mosquitoes kill more people in one day than sharks killed over the last 100 years. 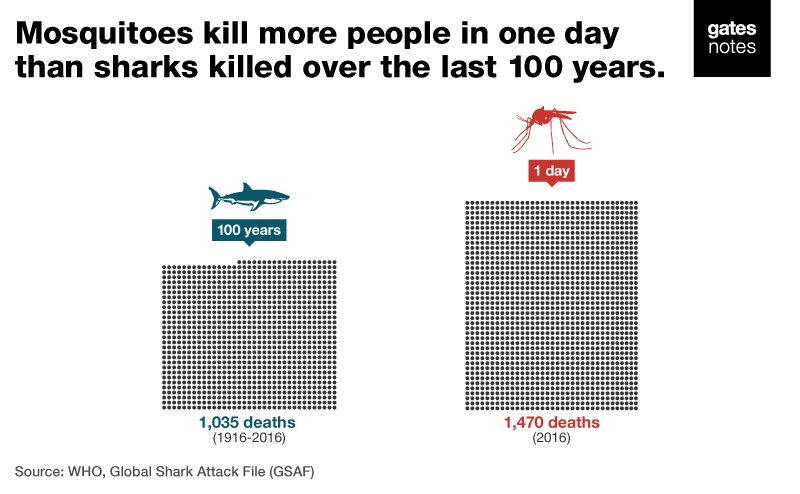 In addition to being the deadliest, mosquitoes transmit more diseases than any other animal on the planet.

According to the World Health Organisation, there were 219 million cases of Malaria in 2017 alone, resulting in 435,000 deaths in the same year. All transmitted by mosquitoes. Almost half of the global population is exposed and, as is the case for all epidemics, the most vulnerable (children, pregnant women, the elderly, etc.) are those who suffer the most. Children under the age of 5 alone represent 70% of the deaths(3).

Almost half of the global population is exposed to mosquito-related diseases.

But Malaria is not the only disease transmitted by mosquitoes and the actual number of victims is much higher. 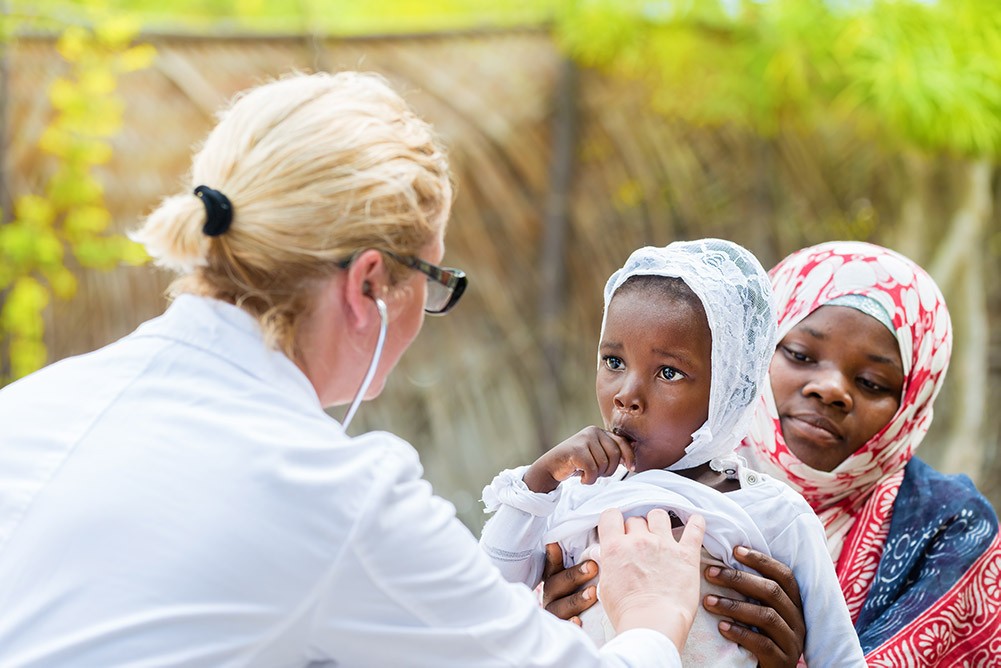 Dengue fever in particular has made spectacular progress over the past decades. This deadly disease, also transmitted by mosquitoes, does not have any specific treatments and is a scourge in all tropical and sub-tropical areas of the world.

But mosquitoes do not stop there! Both common mosquitoes and their cousins, tiger mosquitoes, can also transmit other serious and deadly diseases to people, such as chikungunya, zika, yellow fever, West Nile fever, etc.

When we speak of vector-borne diseases spread by mosquitoes we mainly focus on human victims, but animals are also impacted by epidemics.

Animals are also impacted by epidemics

Prevention is therefore also needed for pets and livestock. 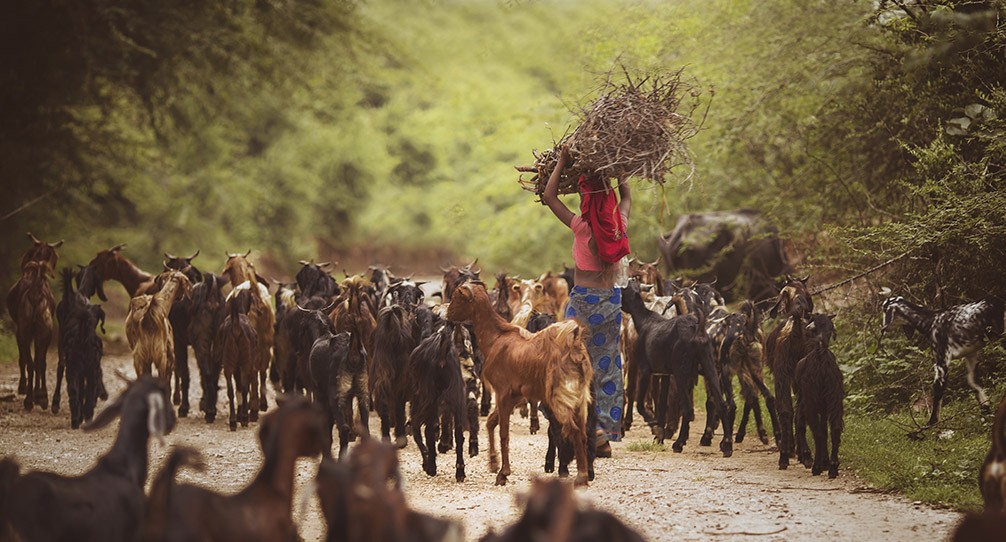 With half of the global population exposed to the various mosquito-related vector-borne diseases, it is essential to develop suitable prevention strategies for each area of the world.

In continental France, for example, there have only been a few isolated cases, but the Health Ministry nevertheless published a document detailing the virus propagation mechanism and how to protect oneself and others.

It is essential to develop prevention strategies adapted to each area of the world.

On the most impacted continents (Asia, Africa, South America) mosquitoes cause genuine carnage and the strategy to provide protection from mosquitoes is a major challenge. Large scale prevention campaigns are being implemented by the WHO and some NGOs to:

The elimination of mosquitoes using insecticides is a source of controversy.

It is controversial because, although effective, insecticides should be used with great care. All pesticides are toxic, both to people and the environment and their use is subject to very strict regulations.

Since 2017, the WHO approach has intensified, making the fight against vector-borne diseases a priority. Innovative methods, a sustainable development ambition: people are no longer satisfied with just mosquito nets and insecticides.

The vector-borne disease issue is in reality twofold: to control the disease vector and protect people and the environment.

The Qista solution is unbeatable in both respects:

1. By considerably reducing mosquito populations in inhabited areas, the transmission of vector-borne diseases is prevented
2. By using a completely natural and non-toxic technique there is no impact on people or on biodiversity.

An independent scientific study showed a reduction from 91.2 to 10.2 bites per hour.
That is an 88% drop.